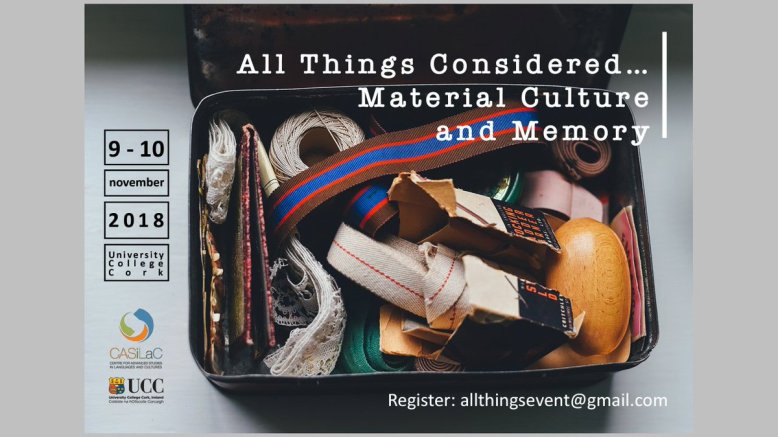 I was delighted to be invited to speak at the conference ‘All Things Considered… Material Culture and Memory’ at University College Cork at the weekend. It was an interdisciplinary conference hosted by the School of Languages, Literatures and Cultures which looked at interactions between memory and the material world. I spoke about Parnell’s Walking Stick and its previous custodians, among them Brinsley MacNamara, W.R. Rogers, and Conor Cruise O’Brien. I took the opportunity to read some poems inspired by objects by two of the most recents holders of the Stick, Séamus Heaney and Nuala Ní Dhomhnaill. My thanks to the organisers, Dr Chiara Giuliani and Dr Kate Hodgson, for the kind invitation. 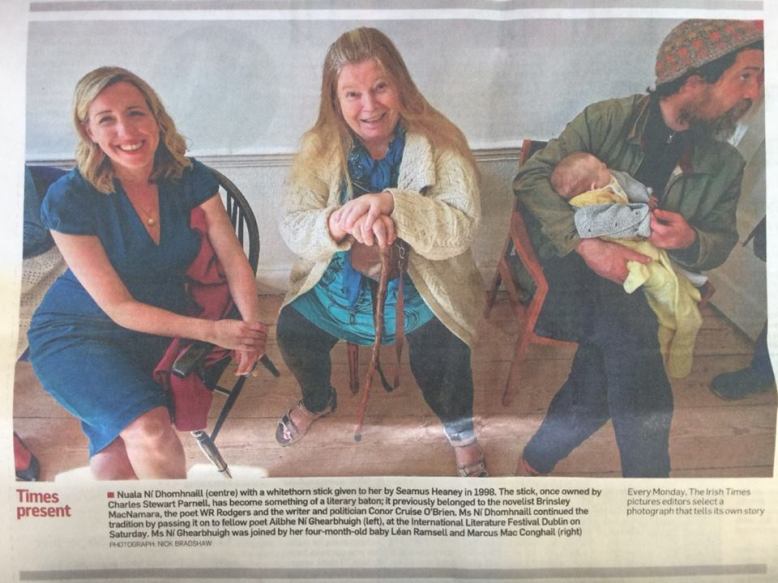